Musical performances are in person for the 2021-2022 season, and are presented by Cathedral Arts, a ministry of the Cathedral Church of St. Paul in Burlington, Vermont.

We are thrilled to once again offer our nave to musicians and music lovers, with our season opener on August 25, 2021. Concert details are listed below.

Concerts and art exhibits at St Paul’s have a special niche in the arts world of greater Burlington and beyond. We are pleased to be gathering in unique and wonderful space once again!

Bella Hristova, violin
Internationally acclaimed violinist Bella Hristova is known for her passionate and powerful performances, beautiful sound, and compelling command of her instrument. Her numerous prizes include a 2013 Avery Fisher Career Grant, First Prize in the Young Concert Artists International Auditions, and First Prize in the Michael Hill International Violin Competition. She has performed extensively as a soloist with orchestras including the Orchestra of St. Luke’s, the New York String Orchestra, and the Kansas City and Milwaukee Symphonies. She has performed recitals at Carnegie Hall, Merkin Concert Hall, the Kennedy Center in Washington, DC, and regularly appears with The Chamber Music Society of Lincoln Center. In 2017, she and renowned pianist Michael Houstoun toured New Zealand performing and recording the complete Beethoven Sonatas for Piano and Violin.

A committed proponent of new music, she has commissioned composers Joan Tower and Nokuthula Ngwenyama to write unaccompanied violin pieces which she premiered and is performing in recitals throughout the United States and abroad. She further collaborated with her husband David Serkin Ludwig on a violin concerto written for her through a consortium of eight major orchestras across the country.

Bella began violin studies at the age of six in her native Bulgaria. She studied with Ida Kavafian at the Curtis Institute of Music, and received her Artist Diploma with Jaime Laredo at Indiana University. Bella lives in New York City with her husband and their four cats. She performs on a 1655 Nicolò Amati violin.

FLUX Quartet
The FLUX Quartet, "one of the most fearless and important new-music ensembles around" (San Francisco Chronicle), has performed to rave reviews in venues worldwide, including the Tate Modern with BBC Radio3, Park Avenue Armory, Kennedy Center, Mount Tremper Arts, EMPAC, Walker Art Center, Carnegie's Zankel Hall, as well as international festivals in Australia, Europe and Asia. It has also premiered new works on numerous experimental incubators, including Roulette, The Music Gallery, and Mount Tremper Arts. FLUX’s radio appearances include NPR’s All Things Considered, WNYC’s New Sounds and Soundcheck, and WFMU’s Stochastic Hit Parade. The group’s discography includes recordings on the Cantaloupe, Innova, New World, Passin Thru, and Tzadik labels, in addition to two acclaimed releases on Mode encompassing the full catalogue of Morton Feldman’s output for string quartet.
Strongly influenced by the "anything-goes" philosophy of the fluxus art movement, violinist Tom Chiu founded FLUX in the late 90's. The quartet has since cultivated an uncompromising repertoire that combines late twentieth-century iconoclasts such as Cage, Nancarrow, Scelsi, and Ligeti with today's visionaries, including Oliver Lake, Michael Hersch, David First, Alvin Lucier, Michael Schumacher, Sean Shepard, Wadada Leo Smith, Julia Wolfe, Matthew Welch, and others. Having premiered over 100 new works, FLUX has been awarded grants from the American Composers Forum, Aaron Copland Fund, Meet-The-Composer, New Music USA, and Chamber Music America. FLUX also discovers emerging composers from its many college residencies, including Wesleyan, Dartmouth, Williams, Princeton, Bard, and the College of William and Mary.
The spirit to expand stylistic boundaries is a trademark of the FLUX Quartet, and to that end the quartet avidly pursues interdisciplinary projects, resulting in acclaimed new works with choreographers Pam Tanowitz and Christopher Wheeldon, avant balloonist Judy Dunaway, digital collective The OpenEnded Group, and visual artist Matthew Barney. In the upcoming season, FLUX will perform and record the full string quartet output of Toshi Ichiyanagi, widely acknowledged as an influential pioneer of the Japanese avant-garde.

Clancy Newman, cello
Cellist Clancy Newman, first prize winner of the prestigious Naumburg International Competition and recipient of an Avery Fisher Career Grant, has had the unusual career of a performer/composer. He received his first significant public recognition at the age of twelve, when he won a Gold Medal at the Dandenong Youth Festival in Australia, competing against people twice his age. Since then, he has performed as soloist throughout the United States, as well as in Europe, Asia, Canada, and Australia. He can often be heard on NPR’s Performance Today and has been featured on A&E and PBS. A sought-after chamber musician, he is a member of the Clarosa piano quartet and a former member of Chamber Music Society Two of Lincoln Center and Musicians from Marlboro. As a composer, he has expanded cello technique in ways heretofore thought unimaginable, particularly in his Pop-Unpopped project, which been ongoing since 2014. He has also written numerous chamber works, and has been a featured composer on series by the Chamber Music Society of Lincoln Center and the Chicago Chamber
Musicians. In March 2019, his piano quintet, commissioned by the Ryuji Ueno Foundation, was premiered at the opening ceremony of the National Cherry Blossom Festival in Washington DC. Clancy is a graduate of the five-year exchange program between Juilliard and Columbia University, receiving a M.M. from Juilliard and a B.A. in English from Columbia.
​April 27, 2021 ~ Melody Puller, Piano
Click here to view Melody's performance.

Visual Arts at the Cathedral 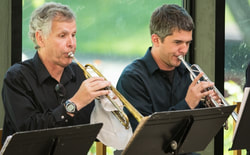 ​For more information, please contact Ann Guillot (Chair) and Caleb Pillsbury (Artistic Director) via the Cathedral Administrator at admin@stpaulscathedralvt.org.
​
To receive email announcements about concerts, please send your request to info@cathedralarts.org.
Also, you can follow us on Facebook at CathedralArts Burlington.